EFFECTS OF SHAMANIC CEREMONY IN PERU ON GDV-GRAMS 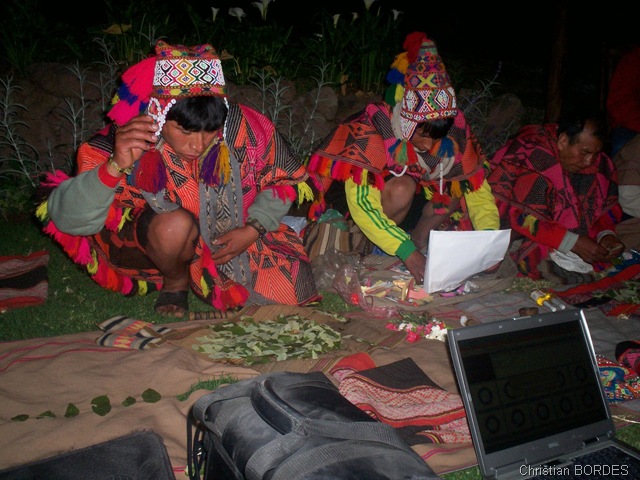 In August 2008 together with a group of French doctors and Russian scientists we visited Peru. The aim of the expedition aside from visiting splendid landscapes and historical sites of this wonderful country was registration of energy state of participants and their reactions to the change of atmospheric pressure with altitude (from see level up to 4000 m/13000 ft) and reactions to the shamanic ceremonies.
We participated at two shamanic ceremonies. One was held at Amante Island of Titikaka Lake in the morning on the top of the hill. When we tried to turn on the equipment, all the batteries were found to be empty. The batteries were replaced for fresh ones the previous night, but at the top of the hill the charge was totally
gone. I do not think it was the influence of any supernatural forces. Batteries discharge much faster at high altitude, there is no electricity at Amante Island and the only source is the solar battery in the house of the island chef, but it operates only in daytime. So we had to miss this stage of measurements. Second shamanic ceremony was held at the bank of Urubamba River nearby Kusko. At night all the members of expedition gathered at the picturesque place nearby the river and after some time arrived four shamans in colorful red ponchos and wool hats. Everybody sat around, one shaman took a reed and wistful melancholy melody glided in the air. During the ceremony shamans used a lot of coca lives. These lives have nothing to do with drugs. For cocaine production is necessary to use quite  complicated technological process extracting active ingredients from hundreds of kilos of lives. Every participant was given a pinch of lives, we had to think of our wishes, and return lives to shaman, who fiddled with them and then burned out in a little fire singing a song to supreme deity Viracocha. This time equipment operated without complaints. I place the GDV Compact camera, laptop and antenna sensor just before the shamans and turned on an automatic mode. But after half an hour I have found that the computer hung. I had to re-start the computer and proceeded measurements with a new file.
When I looked at the screen I did not believe my eyes. At the screen were appearing images of glow around titanium test-cylinder. We were being recording
these images for more than 10 years and always it was a smooth ring. In accordance with conditions this ring may be bigger or less, brighter or darker, a
part of experimental methodic was based on calculating its parameters. This time instead of smooth circle at the screen was a double ring. This was not an artifact: images were captured every 10 seconds and every time the double ring appeared. Later guides explained that this moment was just the culmination of
the ceremony, when shamans appealed to the omnipotent spirits. Ceremony lasted for 40 more minutes and at the end all participants made a circle, shamans
fumigated everybody with coca lives smoke, and then people embraced each other confessing in love. By approaching to the end of ceremony double rings were less and less apparent and after a time images became practically normal. We do not have any hypothesis explaining physical processes which may be responsible for this phenomenon. Ceremony was held at the open air, temperature was about 200С/700F with light wind. So it is unlikely to have the influence of some gases from the burning lives or breathing of 20 people. In the first part of the ceremony shamans burned the lives as well, but this had no impact on the images. 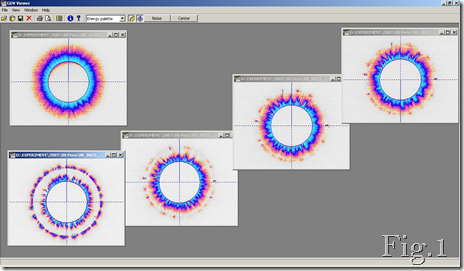 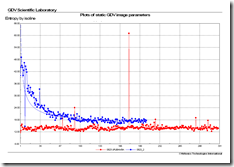 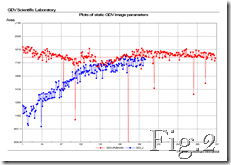 Fig.2. Time change of Entropyand Area during the ceremony.
The longer line corresponds tothe first part of the ceremony.

Similar double rings havebeen occasionally registered
around human fingers. They are mostly related to the transition of a person to Altered Sates of Consciousness. Presented above phenomenon existed for quite a long period of time and was related to the shamanic ceremony that confirms the necessity of a
further research in this field.